Applejack: How the Old Timers Made Booze in Maine

Farm-to-flask has been around since the colonial era, when Americans believed that fermented and distilled drinks were a cure-all for pain, illnesses and general fatigue. And when one didn’t have the fancy still equipment to get “boozy, buzzey and halfway to Concord,” applejack was one of the first and most practical ways of producing a higher concentration of alcohol from freezing fermented cider.

With the proliferation of apple trees on the east coast, thanks to what European colonists brought with them, applejack became a Maine pasttime and staple.

Maine moonshiners irritated by Prohibition (enacted some 70 years before it took hold in the rest of the United States) also decried any form of government interference on a product that they could easily forage from their own orchards and produce with very little equipment at home. Using nature as an ally after the fall harvest, the moonshiner would “jack” or freeze distill the hard cider (which, technically was actually a concentration, rather than a distillation.) As alcohol freezes at a lower temperature than water, applejack would only be made in the winter. Leaving the apple hard cider outside overnight, the moonshiner would then syphon out the ice that accumulated, leaving behind the liquid, which increased the percentage of alcohol. If a hard cider averages around 5% and apple wine around 10-12%, applejack spiked as high as 30% or 60 proof. 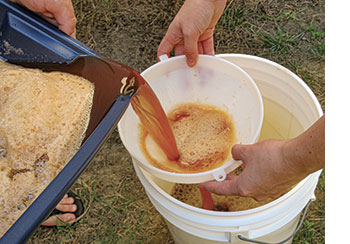 Unfortunately, similar to bathtub gin, the leftover liquid also contained amounts of methanol, ethanol and other impurities, but drinking it in small amounts seemed to be the trick. To give it complex flavors, the moonshiner would take his time to “age” the applejack, by letting charred oak chips marinate in a jar of it.

Bruce Olson, co-owner of Tree Spirits Maine makes an applejack, but emphasizes, not the old-fashioned way. “The cheap way, the freeze distill way, is a bit dangerous, because there’s a lot of bad stuff still left in there,” he said. “So, we distill our apple picnic wine. Technically it’s more of an apple brandy. It comes out clear like moonshine, but we found people don’t associate clear spirits with applejack, so to give it some color, we barrel age it for six weeks in a rum barrel we got from a rum distillery in Rhode Island.” 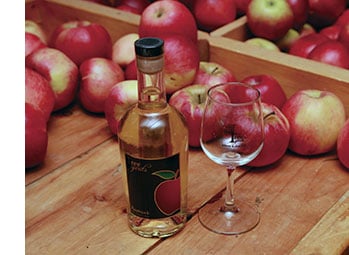 There are a ton of recipes on how to make applejack at home. But one of the best and most reliable forums is Homebrew Talk, where experts can steer you in the right direction. Just remember the Government considers freezing a form of distillation and it is against the law to make applejack unless you have a license (and pay the appropriate taxes).

If you’re like our forefathers in Maine, that might not deter you. Luckily Tree Spirits Maine’s Applejack is just a bottle away.

— Text & Photos: Kay Stephens. Kay is the Managing Editor of Maine Brew & Bev Guide, and has been making hard cider at home for the last three years. She may get into making applejack. Shh. Don’t tell.